Blackwell Epiphany, by Wadjet Eye Games, is not the kind of game that actually needs reviewing. Broadly speaking, adventure games have made enough of a comeback that you no longer need to start every discussion about them with three paragraphs about the genre’s mainstream commercial death in the 90s. However, old-school, pixellated, 2D traditional point-and-click adventure games that look like they might have been developed by LucasArts or Sierra twenty-plus years ago are a bit of a niche within that genre. Either you love ‘em or you don’t.

What’s more, Blackwell Epiphany is the fifth and final game in a long-running series, so if you’ve previously played The Blackwell Legacy, Blackwell Unbound, Blackwell Convergence and Blackwell Deception, you’re probably already planning on playing this next one – I broke a personal rule and pre-ordered my copy. And if you haven’t, I’d recommend starting at the beginning with Legacy.

All that said, I’m going to do this review anyway. 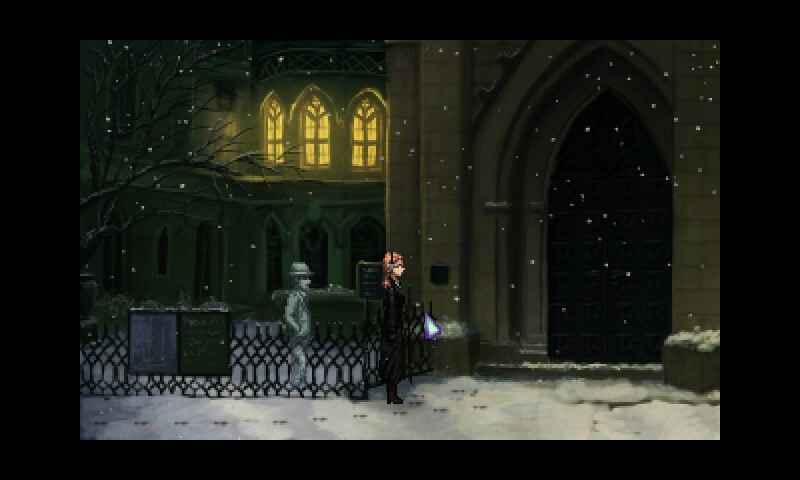 Endings are tricky. Even within the context of a single game, novel, movie or whatever else, creating an ending that justifies the rest of the story is like taking all these chainsaws you’ve been juggling and then throwing them so they hit a tiny bullseye on the other side of the country. And when it’s an entire series you’re ending, your chainsaws are bigger and heavier.

Most series either end before they come to an actual conclusion or drag on long enough to lose most of their fans before ending with a scarcely noticed whimper. Some do both. Keeping your fans happy (without being a pandering sellout) and hewing to your original vision (without being a stubborn/edgy arrogant artiste) can be very difficult goals to accomplish simultaneously, and if you’re really unlucky they’ll be mutually exclusive.

So it’s incredibly impressive that the Blackwell series manages to end on such a high note. Since the rough but lovable first game, the series has gotten better with every iteration, and the final provides the longest and most engaging experience yet, wrapping up the overarching story perfectly, and leaving the player the right combination of satisfied and wistful at the end of it. 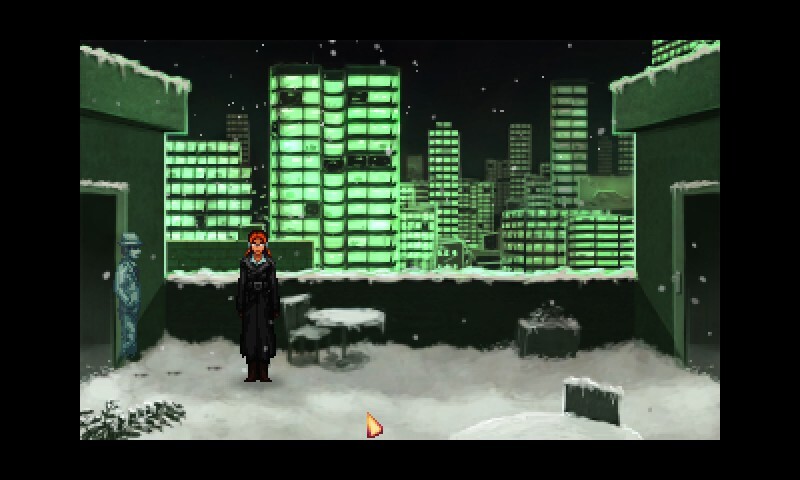 The Blackwell series is sort of like The Sixth Sense, if the kid were an uptight young woman and Bruce Willis wore a hat and knew he was a ghost the whole time. You play as these two spiritual detectives who go around helping confused ghosts realise they’ve died so that they can pass on.

In this game, Rosangela Blackwell and Joey Mallone are investigating a fairly standard haunting for the police (off the books, of course) when they come across a raving man who dies trying to get help from them. And then things get worse.

The story goes to darker places than the series has been before, and there are more really affecting moments than ever before. A particular highlight is the various clever uses of the titular “ephiphany”. This game knows when to get serious, but its dark tone never plunges into complete humourless gloom thanks to the series’s usual banter and light spots.

Ultimately, a few vaguely foreshadowed plot threads are left hanging, but it’s only the incidental stuff, nothing vitally important to the story. The principle characters and principle issues are resolved both surprisingly and appropriately.

In an old article1 that’s no longer online, David Sirlin derides point-and-click adventure games for gating story with puzzles, making all adventure game stories slow-paced affairs mostly about walking around a static location until you finally experience an epiphany that lets you solve the next puzzle you need to solve to advance the story. It’s a solid point, and it’s why there are a lot of high-intensity genres adventure games haven’t managed to pull off well.

The strength of the puzzles in Epiphany and the previous Blackwell games is that they’re always closely tied to the story. The majority of the puzzles either directly involve clues listed in Rosangela’s notes app on her phone (a kind of non-physical inventory)2 or require the player to make some cognitive connection about the mystery the characters are solving. It’s still a fairly linear story gated by puzzles, but you always feel like you’re doing spiritual detective work rather than creative thievery or just rubbing random items together.3 It also helps that mystery stories are pretty well suited to the genre.

Additionally, seeing as one of the playable characters is a ghost who can do ghostly things like walk through walls (or closed doors rather, he’s got his dignity) and float about, even the more traditional locked door puzzles get an interesting and unique twist. 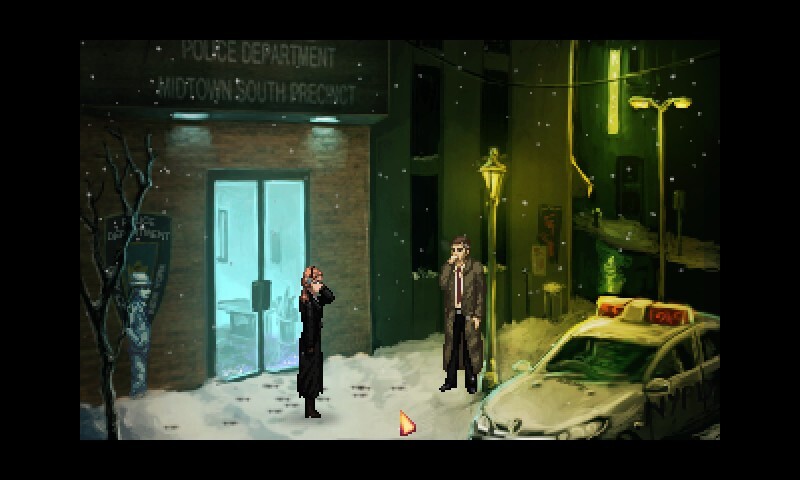 Artist Ben Chandler’s (who has plenty of his own games you should check out) backgrounds are beautiful, painted with striking colours and lighting. Particle snow falls in all of the exterior areas and helps to create a cold, somber atmosphere that gives the game an appropriately more weighty feeling than its predecessors. The memorable jazzy score just adds to that.

The voice acting, done largely by actual actors of some description is fantastic, especially the performances of the two leads. It’s mentioned in the game commentary4 that the creator had wanted to get Logan Cunnigham for one of the minor roles, but it didn’t pan out. So the only real disappointment is that Logan didn’t voice all the characters, and that’s just something I’ve had to learn to live with.

It’s a small thing, but I was greatly pleased by the return of the low-res font in this game – all of the previous games (except for the first, before its re-release) used these hi-res fonts I felt looked somewhat out of place with the rest of the graphics.

You can buy Blackwell Epiphany from Steam for around $15. The older entries in the series are available for a little less.