Broodhollow is a horror webcomic by Kris Straub, long-time and prolific webcomic artist, whose other output includes sci-fi comic Starslip and gag-a-day humour strip chainsawsuit. He is also the author of the well-known creepypasta Candle Cove and a host of other interesting things1.

I’ve been following Broodhollow since the beginning, although every since I started using Comic Rocket that has meant “checked out the new pages every few months” rather than “read each update as it’s posted”, and it’s on my list of recommended comics, so the general tone of this review is obviously going to be fairly positive.

Wadsworth Zane is a nervous encyclopedia salesman suffering from an interesting combination of paranoia and OCD. He’s constantly on edge and has taken to repeating everyday actions in very specific idiosyncratic ways, convinced that certain patterns of behaviour are the only things keeping him safe from all manner of unmentionable horrors out to get him. So naturally, the comic opens with him speaking to a psychologist about these obsessive and paranoid tendencies. 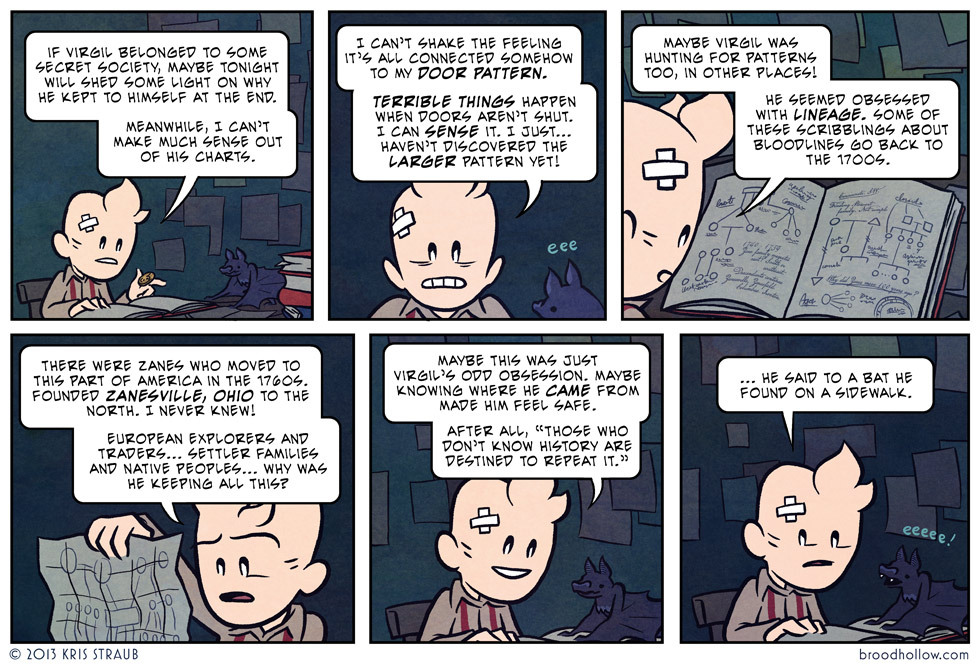 Mr Zane is also a recent arrival in the town of Broodhollow, thanks to an inheritance from a deceased grand half-uncle he never knew. As you could reasonably expect from the name “Broodhollow”, the town is a perfect environment for deepening Wadsworth’s fears and compulsions. And for the rest of the comic, that’s exactly what happens.

Broodhollow’s art is not what you’d expect to see illustrating a horror comic, but it suffices, works well in some of the more cartoony moments, and actually gets creepy very well without becoming totally incongruent, thanks to some clever lighting. I wouldn’t say it actively undermines the comic’s frightening atmosphere, but that’s largely thanks to the strength of the writing. Still, in terms of pure scare factor, Broodhollow is a cut below Straub’s written work. 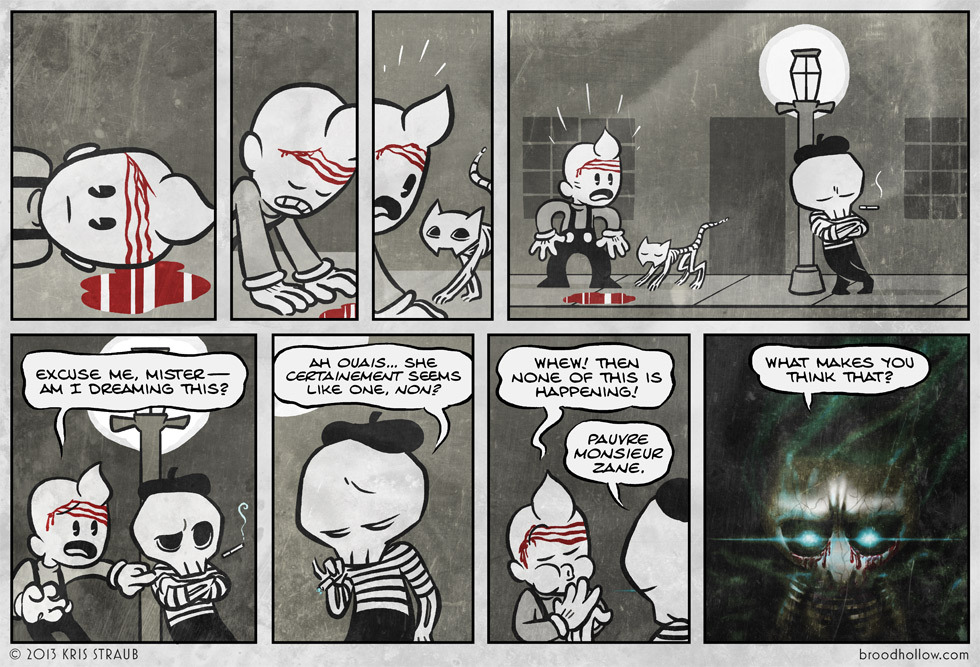 The first chapter, “Curious Little Thing” is mostly setup, meandering and lots and lots of dialogue, with a few hints of some interesting themes and ideas, but little actual horror until the very end. While the first chapter was still being updated at a rate of two pages per week, it was easy to get a little impatient with comic, but that sense is largely mitigated now that it’s finished and one can read the whole chapter in one go.

Regardless, the second chapter, “Angleworm” is where the comic really comes into its own. The low-key goings-on are imbued with a much stronger undercurrent of unease, especially given the chilling ending of the first chapter and even that soon gives way to a sickening turn of events that gives the comic a refreshing grip and engagement not present before. As of late, Broodhollow is definitely starting to live up to Straub’s written horror work, and I’m really excited to see what happens next. 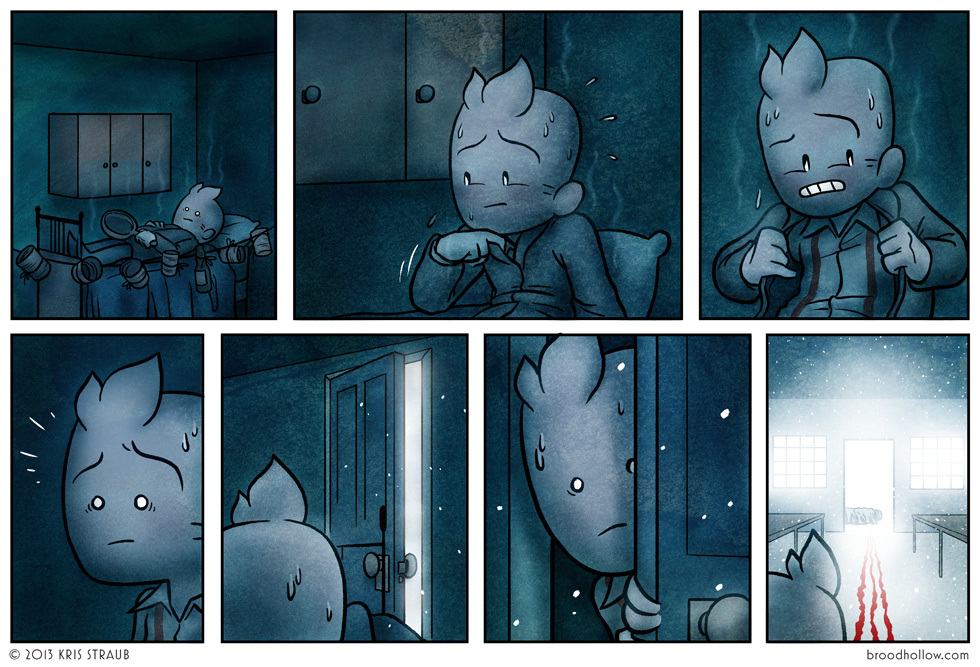 The trouble with story-driven webcomics is that most of them are updated and maintained in a manner identical to gag-a-day webcomics with little continuity, and the update schedule in question is far more suited to the latter. Both xkcd and Gunnerkrigg Court update three times a week, but one is entirely suited to that rate of consumption and the other makes me feel like a man lost in a desert who only tastes a drop of water every other month.

Broodhollow is similar: it starts slow and continues haltingly if you follow on with the updates, because it’s a webcomic, but it’s a really enjoyable read if you invalidate both of those factors by (a) not having been a reader since day one and (b) not reading along with the updates.2 Which ties into a general feeling about webcomics I have that I’ll be discussing in my next post. Or possibly in ten of my next posts, one sentence at a time, every Tuesday and Thursday.